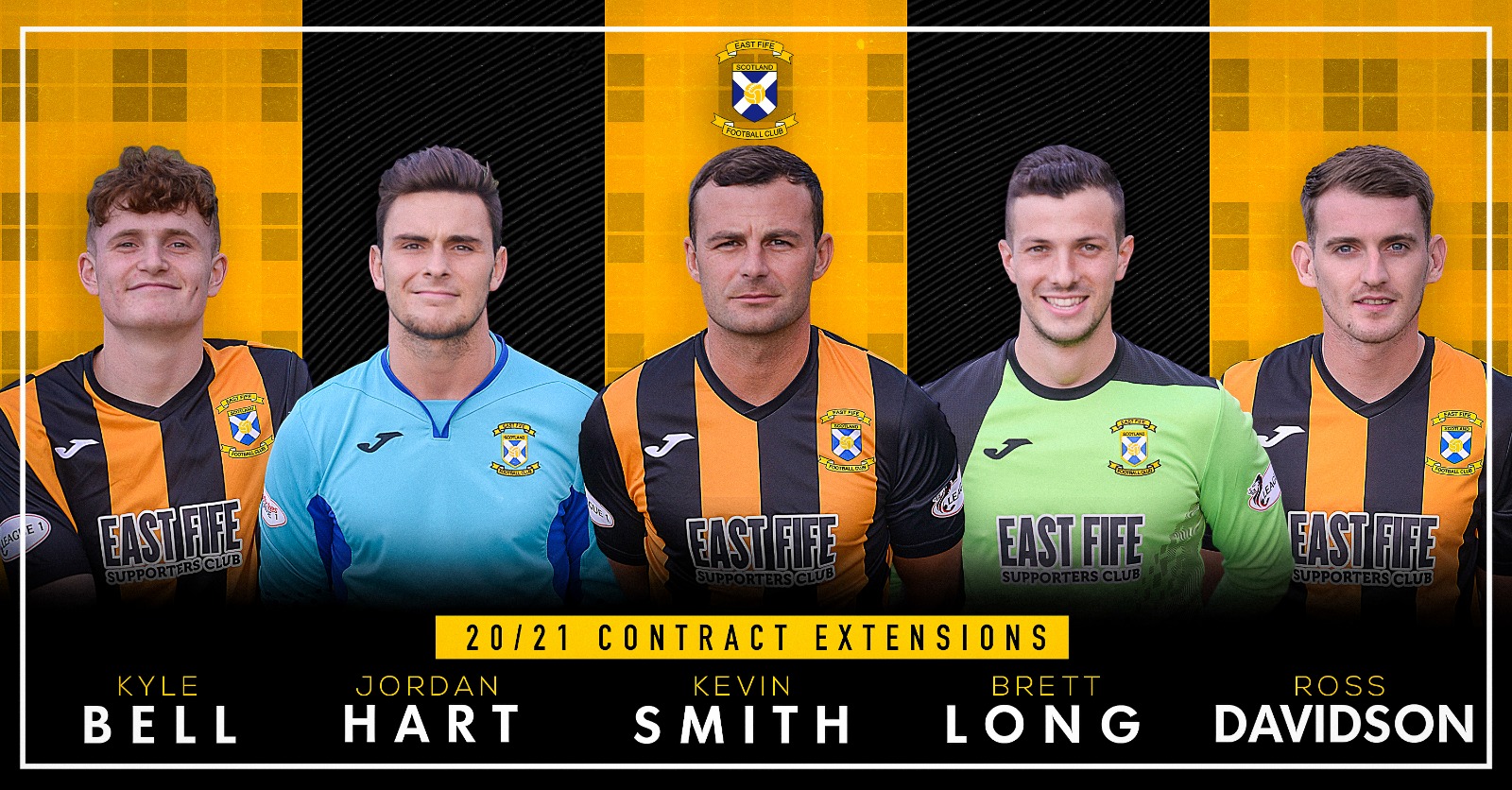 We’re delighted to confirm that 5 members of this seasons squad have agreed contract extension at East Fife. Kyle Bell, Jordan Hart, Brett Long & Kevin Smith have all put pen to paper on a 1-year extension while Ross Davidson has committed to a further 2 seasons at Bayview.

Midfielder Kyle Bell join the club in July 2018 after leaving Raith Rovers and was rewarded with a contract extension in December 2018 after impressing during the early part of the season. Kyle unfortunately missed the whole of last season after picking up a serious knee injury during pre-season but is now well on the road to recovery. Kyle has 22 East Fife appearances to his name so far.

Goalkeeper Jordan Hart signed on at Bayview last summer from Queen’s Park. Jordan, who has also had stints at Annan Athletic and Ayr United, has featured on 18 occasions so far, keeping 4 clean sheets, after making his debut in the Betfred cup against Stenhousemuir in July.

Fellow Goalkeeper Brett Long is now entering his 3rd season at Bayview after joining from Dundee United in May 2018.The former Northern Ireland Youth international has made 57 appearances to date, keeping 15 clean sheets. Brett was also named Young Player of the Year in his first season at the club.

Striker Kevin Smith has signed on for his seventh season after arriving at Bayview in January 2014. Kev was appointed Club Captain for the start of our 2018/16 League Two title winning season but unfortunately missed a large part of last season due to injury. Kevin is closing in on a double century of for East Fife with 192 appearances to his name & 41 goals.

Midfielder Ross Davidson joined the club in May 2018 after leaving Albion Rovers to reunite with former Manager Darren Young. Davo only missed one league match last season, taking his tally to 78 appearances and 4 goals.

We are pleased to reveal our new away kit for 2020/21. The all red design can be paired with either black, white or red shorts and socks.

Details on how to purchase the new shirt will be announced shortly. 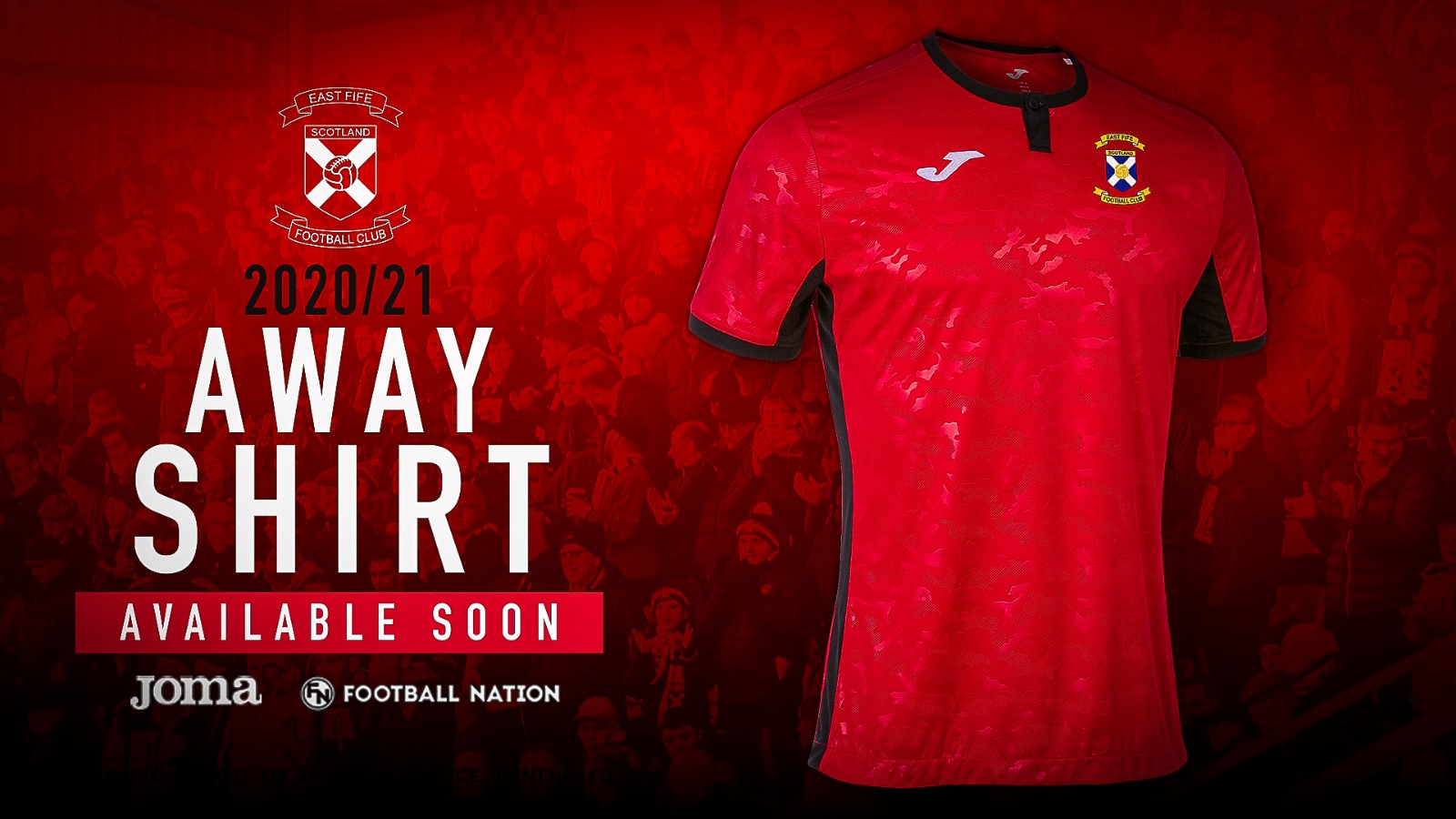 As mentioned during our Player of the Year awards ceremony, we have agreed contract extensions with a number of this seasons squad and, subject to SFA clearance, hope to announce these over the next few days.

Midfielder Scott Agnew joined the club in May 2018 and has featured on 72 occasions so far, scoring 20 goals as well as picking up 4 awards at last week’s Player of the Year awards. Aggy penned a 2-year contract extension in September, keeping him at Bayview until the summer of 2022.

Winger Danny Denholm signed on last summer after leaving Arbroath where he was part of their League One title winning squad and has 30 appearances and 4 goals to his name from last season. Danny’s current deal runs until the end of the 2020/21 season.

Defender Ross Dunlop joined in May 2018 from Stenhousemuir, with whom he helped gain promotion to League One through the play-off the previous season. Ross has made 72 East Fife appearances to date, scoring once, and agreed a 2-year contract extension in September, running until June 2022.

Fellow centre half Chris Higgins penned a 2-year deal last summer after spending the latter half of the previous season on-loan from Ayr United. Chris has featured on 46 occasions so far, scoring twice, and recently made his 500 senior career appearance.

Right-back Stewart Murdoch joined us on loan in February 2019 for a 3rd time after originally turning out for the club in 2009/10 and 2010/11 season while on loan from Falkirk, before putting pen to paper on a 2-year deal last summer. Murdo took his East Fife tally to 66 appearances and 3 goals during last season.

Pat Slattery has made the left-back position his own over the last few seasons after initially joining the club as a central midfielder back in July 2015 for the start of our 2015/16 League Two title winning season. Pat has made 180 appearance over the past 5 season and chipping in with 5 goals. His current contract, signed in January 2019, runs until next summer.

Striker Ryan Wallace re-joined East Fife last summer from Arbroath after originally turning out from the club between 2011-12 where he scored an impressive 27 goals during the 2011/12 season & earning a move to full-time football. Waldo penned a 2-year contract last summer & is closing in on a half-century in the black and gold with 41 goals in 80 appearances so far.

Midfielder Liam Watt signed on at Bayview in June 2018 from Brechin City. Watty has 70 East Fife appearances and 10 goals to his name so far and agreed a 2-year contract extension in March 2019 which runs until next summer.

We’d also like to thank Callumn Morrison for his efforts at the club while on loan from Hearts. The early curtailment of the season meant Callumn was restricted to only appearances in the Black & Gold but we wish him all the best for the future.

We're calling on all supporters of East Fife to have your say! Please take the time to fill out our extensive supporter survey and let us honestly know how you feel about every aspect of our club. Your feedback will help shape East Fife FC moving forward.

The 2019/20 Supporters Club Player of the Year dance was unfortunately cancelled at the end of April due to the ongoing Covid-19 pandemic, however the Supporters Club committee were keen that the prizes were still awarded.

So, we’ve had to do things a little differently this year and the award ceremony will be broadcast “live” on East Fife TV from 7pm tomorrow (Saturday 16th May) night.

8 awards are presented, we review the high & lows from the season past, look back at some of the lighter moment, hear from the winners, manager & chairman & there may even be a few snippets of information about next season!

Click here to join us on East Fife TV tomorrow night at 7pm. 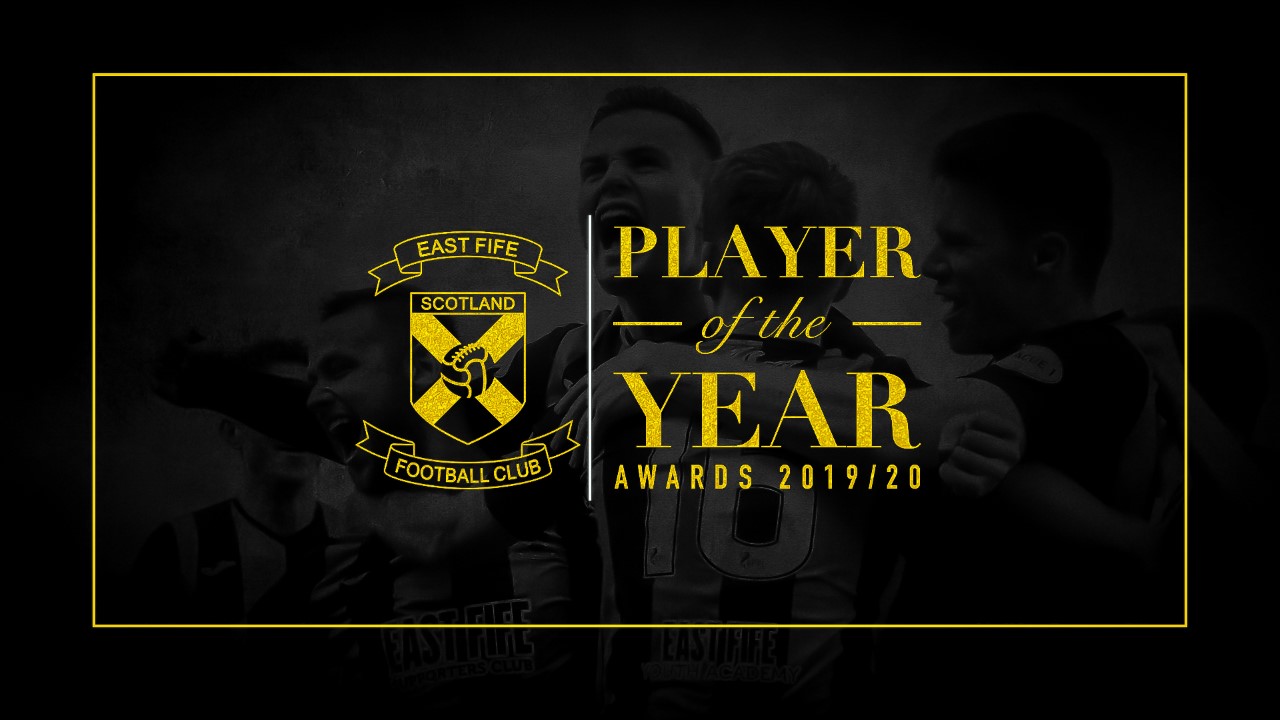 Back in the summer of 2002, Manager Jim Moffat was tasked with putting together a squad on a shoe-string budget for the forthcoming 2002/03 Third Division campaign.

The side surpassed all expectations culminating in that memorable afternoon at Byview - Saturday 10th May 2003.
Today at 3pm, East Fife TV will be showing the promotion run-in. Click here to watch 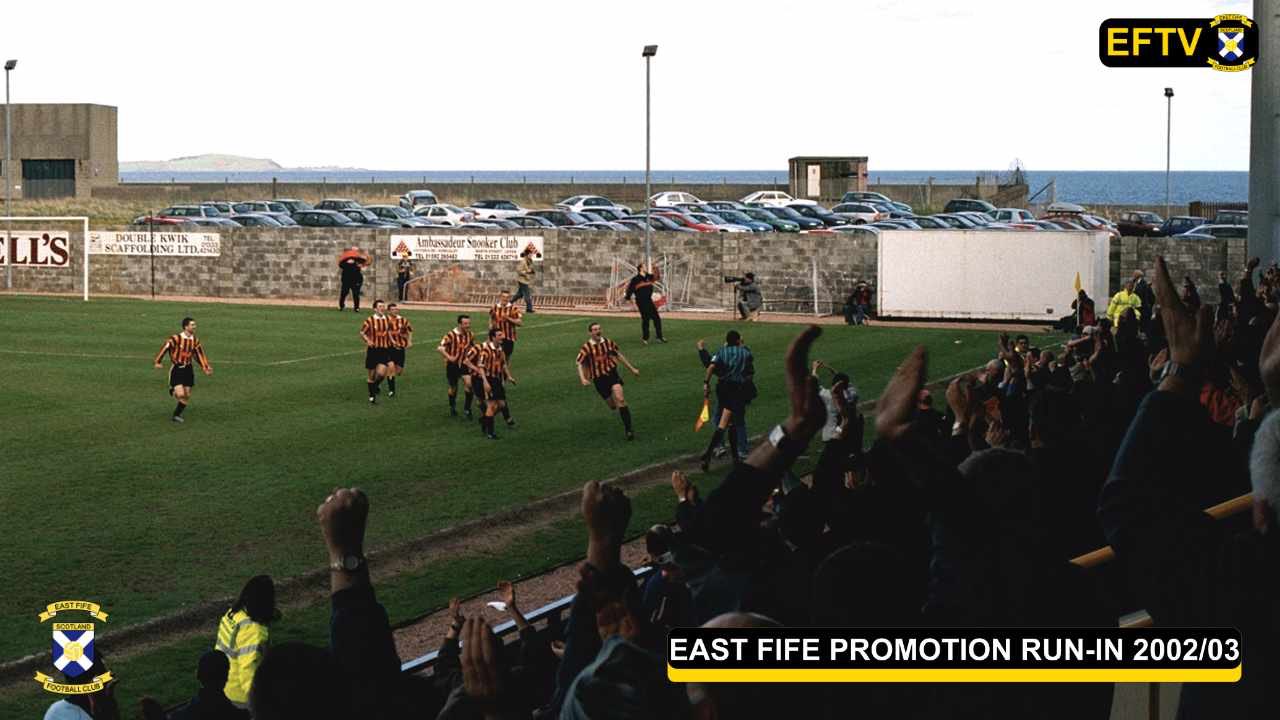