To All Our Supporters

Merry Christmas and Happy New Year from everyone at East Fife FC.

Fine victory against The Blue Toon

Man of the Match: Jason Kerr

East Fife continued their winning run with a comfortable 2-0 win against Peterhead in Barry Smith’s first game in charge. East Fife made one change to the side that beat Brechin City the previous week with Kevin O’Hara replacing the suspended Scott Robinson.

Peterhead almost opened the scoring on 7 minutes when Jordan Brown unlucky to see his header from a corner rebound off the bar. The home side’s first chance of the opening 20 minutes saw Kyle Wilkie’s shot blocked by the Peterhead defence before Fraser Hobday easily saved Tony Wallace’s follow-up. Steven Noble picked up an early booking on 25 minutes when he stopped Jordan Austin breaking forward. Chances were few and far between in the first half; East Fife’s best chance coming on 28 minutes when Jonathan Page headed narrowly over from Scott Mercer’s free kick. The last chance of the half fell to Jordan Brown but he fired well wide from 20-yards.

Whatever was said in the East Fife dressing room at half time obviously worked as they took the lead 2 minutes after the break. Mercer’s free kick from the left made its way the Jason Kerr who scored with an excellent finish at the back post. The home side grew in confidence and doubled their lead on 56 minutes. Wallace won the ball inside the Peterhead half and picked out Kevin O’Hara who fired past Hobday for his second goal of the season. Wallace hobbled off injured on 66 minutes to be replaced by Jamie Insall.

Insall had the chance to add a third goal 15 minutes from time when he was picked out by Austin but his shot from close range was pushed away by Hobday. A minute later, Page managed to flick on another Mercer free kick but the ball just skipped away from Chris Kane at the back post. Peterhead piled on the pressure towards the end of the game with the best chance falling to Nicky Riley 10 minutes from time but his shot from 20-yards bounced off the bar and behind for a goal kick. A cross from Nathan Blockley also hit the bar before Rory McAllister did have the ball in the back of the net in stoppage time but the flag was raised for off-side.

“I think it was a good overall team performance, the boys defended very well, they worked very hard. Jason (Kerr) has got a good goal and Kevin (O’Hara) finishes off well as well. You have to build on the solidity at the back, chances come along and if you take them you’ve got the opportunity to win games is much higher.”

“You can build from the back. If you’re conceding goals it is more work for the players to try and get back into the game. They defended very well and we built on that to get the two goals in the second half. We asked them to move the ball a wee bit quicker, we told them we needed to get a bit closer in the middle of the park which they did. They’re a good set of boys; I learned that on the first day I came in. It’s a great result but we must carry it on to Tuesday. We’re not getting over excited. We want to build on that performance and the previous clean sheets and move up.” 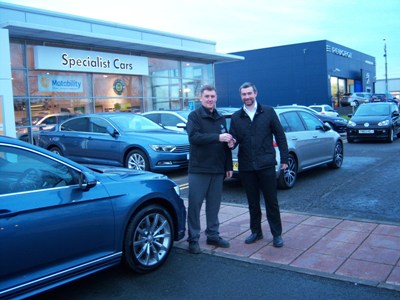 Fifers win away in front of tv cameras

Man of the Match: Scott Robinson

East Fife won their first Ladbrokes League 1 match since September with a well-deserved victory against Brechin City thanks to an 11th minute Scott Robinson strike. It was a score line that didn’t reflect the performance as the visitors could have easily won by more than one goal. East Fife made two changes to the side that beat Edinburgh City on Wednesday with Jamie Insall and Kevin Smith making way for Tony Wallace and Jordan Austin.

Read more: Fifers win away in front of tv cameras

The board of directors of East Fife Football Club are delighted to confirm Barry Smith as our new first team manager. Further details will follow later this week. Welcome to Bayview Barry.

Fifers through to Scottish Cup 4th round

Man of the Match: Kyle Wilkie

East Fife got back to winning ways with a 1-0 win over Edinburgh City in the William Hill Scottish Cup 3rd round replay. East Fife made two changes to the team that drew with Edinburgh in the original tie with Pat Slattery and Jason Kerr replacing Mark Lamont and Gary Naysmith who departed for Queen of the South earlier in the week.

As with the original tie the game took a long time to get going with both teams reduced to long-range efforts in the first 20 minutes. The visitors should have taken the lead on 24 minutes when Smith got to the by-line and whipped in a cross from the left but Robinson could only head over from a couple of yards. Insall then had a shot blocked on the line after Page headed down Robinson’s corner. Against the run of play, Edinburgh were presented with a glorious chance to take the lead when the East Fife defence switched off allowing Allum to latched onto a long ball but his lob over Goodfellow was easily swept up by Kerr.

Read more: Fifers through to Scottish Cup 4th round