The fixtures for our Betfred Cup Group A matches were released today and we kick off the campaign with a home tie on Tuesday 6th October when we welcome League 2 side Cowdenbeath to the Locality Hub Bayview Stadium. Cowdenbeath ran out 2-0 winners at Central Park in the opening match of last year’s competition. The previous meeting between the sides, also at Central Park, in the 2018/19 Challenge Cup where second goals from Anton Dowds, Liam Watt and Jonny Court saw us triumph 3-1 after Jordyn Sheerin had given Cowdenbeath the lead.

Next up we make the short trip along the Standing Stane to take on Raith Rovers on Saturday 10th October. It was a mixed bag when the sides met in last seasons League 1. East Fife comfortably won the opening match at Bayview 4-2 which was followed by a 1-1 draw at Stark’s Park while Raith claimed victory in the final derby of the season.

Heart of Midlothian visit Bayview on Tuesday 10th November in a rematch of last season group decider. Jamie Walker have given Hearts an early lead before Chris Duggan equalised in the 53rd minute. With no further scoring the match moved on to penalties to determined who picked up the bonus point with East Fife triumphing 7-6.

The final match of Group A sees us travel up the A9 to face Inverness Caledonian Thistle on Saturday 14th November. The last meeting between the sides was all the way back in 1999 when ICT ran out 4-0 winners in Inverness. East Fife’s only victory against Inverness came in December 1998 at Bayview Park when goals from Gilbert Allan, Lee Dair and John Martin securing a 3-2 victory.

Further details on whether fans can attend the games will be announced in due course. 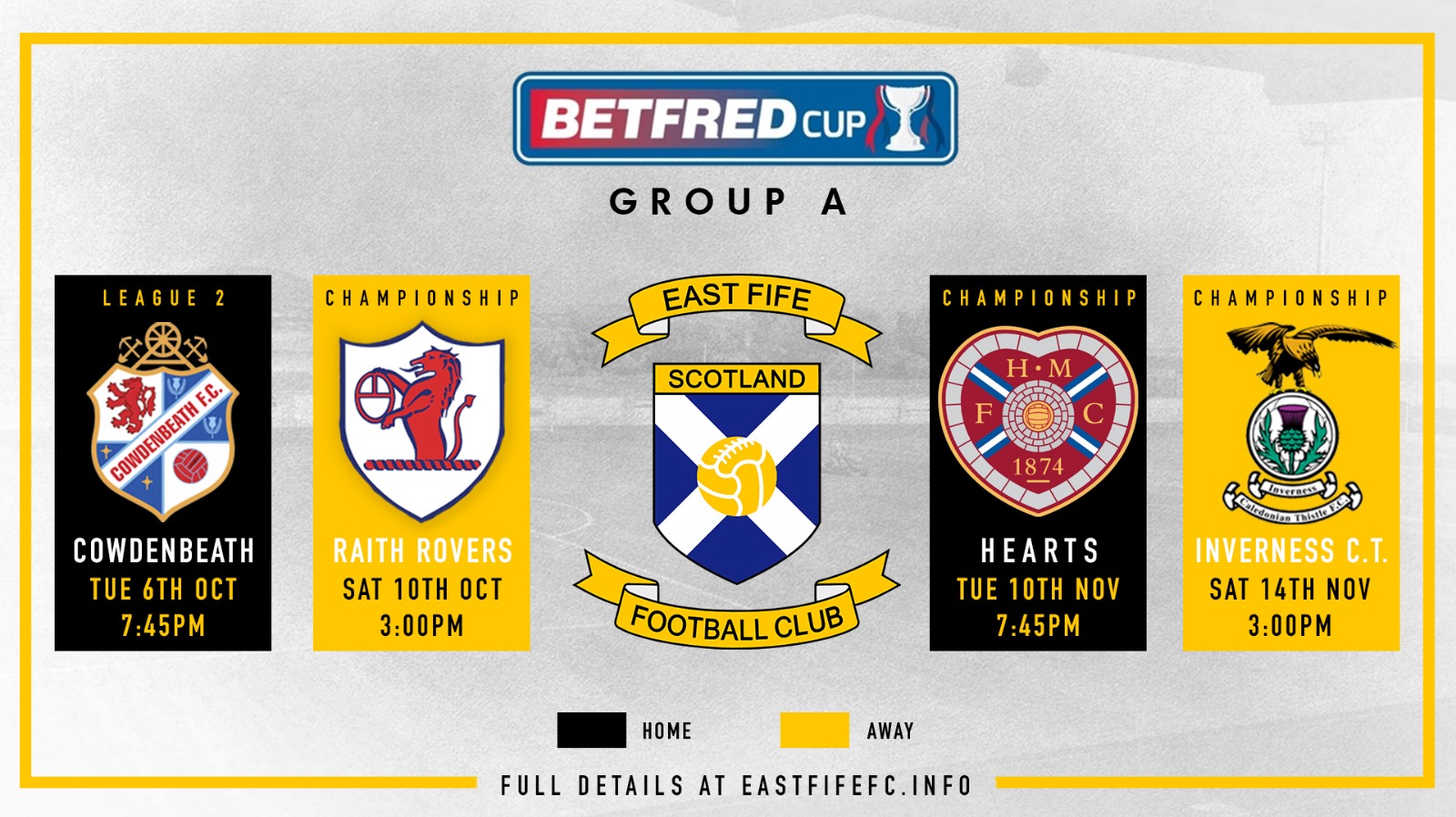