The club was saddened to learn of the passing of former player Archie Smith.

After signing from Bayview Youth Club in December 1949, Smith made his first appearance in a Fife Cup final win against Cowdenbeath in April 1951, before manager Scot Symon handed him his competitive debut at right back the following August in a 1-0 League Cup victory over Queen of the South at Bayview.

Smith made a further three first team appearances, alongside players of the calibre of Sammy Stewart, Willie Finlay, Charlie Fleming, Henry Morris and Davie Duncan amongst others. In 1953 he moved to Tannadice to join Dundee United where he turned out on 12 occasions before joining Arbroath. Unfortunately a knee injury would prevent him from appearing for the Red Lichties and brought a premature end to his footballing career.

A native of Buckhaven, later moving to Methilhill, Archie Smith continued to cheer on his favourites at Bayview and as recently as last season was attending games as a season ticket holder.

East Fife Football Club would like to extend our condolences to Archie’s family and friends at this sad time. 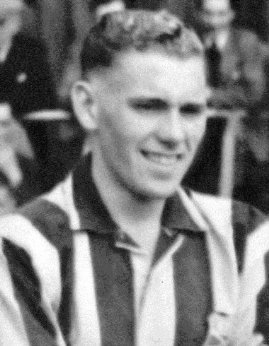