We’re delighted to announce that Aaron Dunsmore and Craig Watson have penned new deals at the club.

Right-sided defender/midfielder Aaron Dunsmore joined the club in July 2017 after leaving Hibs and has gone on to make 115 appearances so far, scoring 14 goals. Dunsy has committed to a further two seasons at Bayview.

Defender Craig joined in the summer of 2017 after 12 years at Hamilton Academical. Janny has 86 East Fife appearances and 8 goals to his name and has penned a 1 year extension to his current contract. 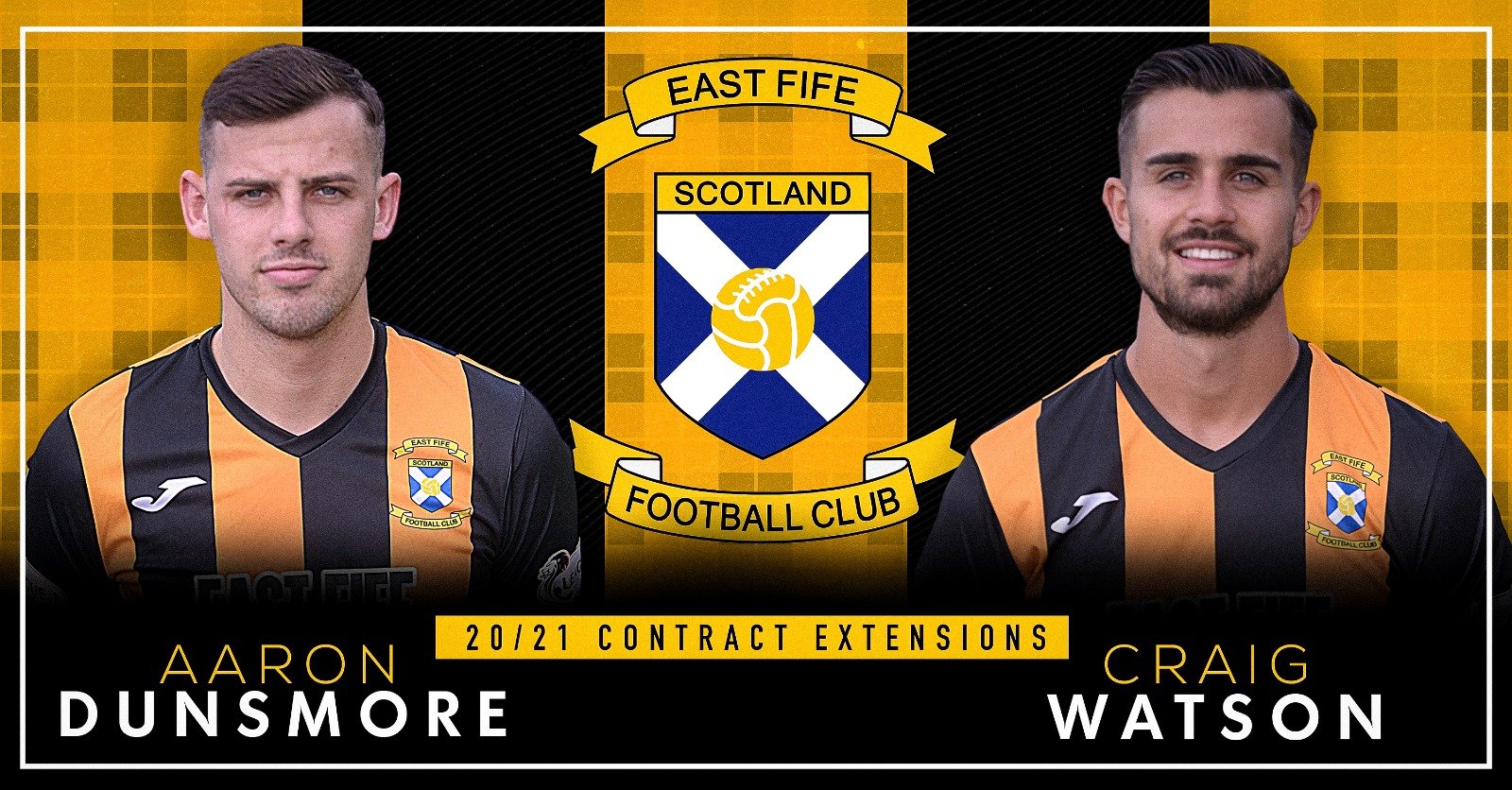