It is with great sadness that the club learned of the passing of former player Walter Robertson.

Born in Buckhaven, manager Scot Symon signed the 18 year old from the highly successful Bayview Youth Club in August 1949. Coming from a family steeped in East Fife tradition, with his father Walter having played for and managed the club, Robertson could not put pen to paper quickly enough.

Symon handed Robertson his debut at left back in a midweek game against Motherwell at Fir Park ahead of the Fifers’ Scottish Cup final meeting with Rangers at Hampden in April 1950. Trailing 2-0 at half-time, a Charlie Fleming inspired comeback after the break earned a 4-3 win.

Robertson was perhaps unfortunate that being understudy to the redoubtable Sammy Stewart at the peak of his career, his time at Bayview was mainly restricted to reserve team action. He did, nonetheless get the opportunity to play alongside Scottish internationalists Henry Morris and Davie Duncan in those C Division days.

He was also clearly highly regarded by Scot Symon, who would include Robertson in the squads for floodlit friendlies at venues such as Roker Park, Sunderland and Newcastle United’s St James’ Park. During this time Robertson was carrying out his National Service and would regularly turn out for an RAF side packed with high profile players, such as Rangers’ Johnny Hubbard and Ray Wood of Manchester United.

Robertson was often heard to say that East Fife were the only club he wanted to play for, but had to reluctantly accept a free transfer to Forfar Athletic after being released by Jerry Dawson in May 1955. An injury sustained during his first season at Station Park however brought a premature end to his playing career.

After hanging up his boots he returned to football as a coach, working with Cowdenbeath, and having a short spell at Bayview under former playing colleague Frank Christie, where he guided East Fife reserves to a League Cup final in 1974.

Walter Robertson continued his close connection with the club he loved, and was in attendance at Bayview on a regular basis until very recently, when ill health saw him move to a care home.

East Fife Football Club would like to pass on our sincere condolences to Walter’s family and friends at this sad time. 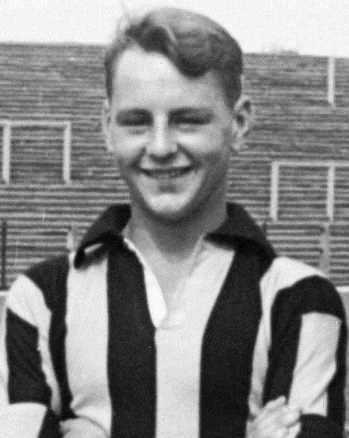