Congratulations to Darren Young and Scott Agnew who have been awarded the Ladbrokes League 1 Manager & Player of the Month for February.

The month started with a 4-2 victory over Dumbarton (1st February) at Bayview followed by a 1-0 victory against Peterhead on the 15th of February. Next up was a disappointing midweek defeat away to Falkirk (18th February) then a 4-2 home win against Stranraer (22nd February). The month was rounded off with a 1-0 defeat of Forfar Athletic at station Park on the 29th of February. 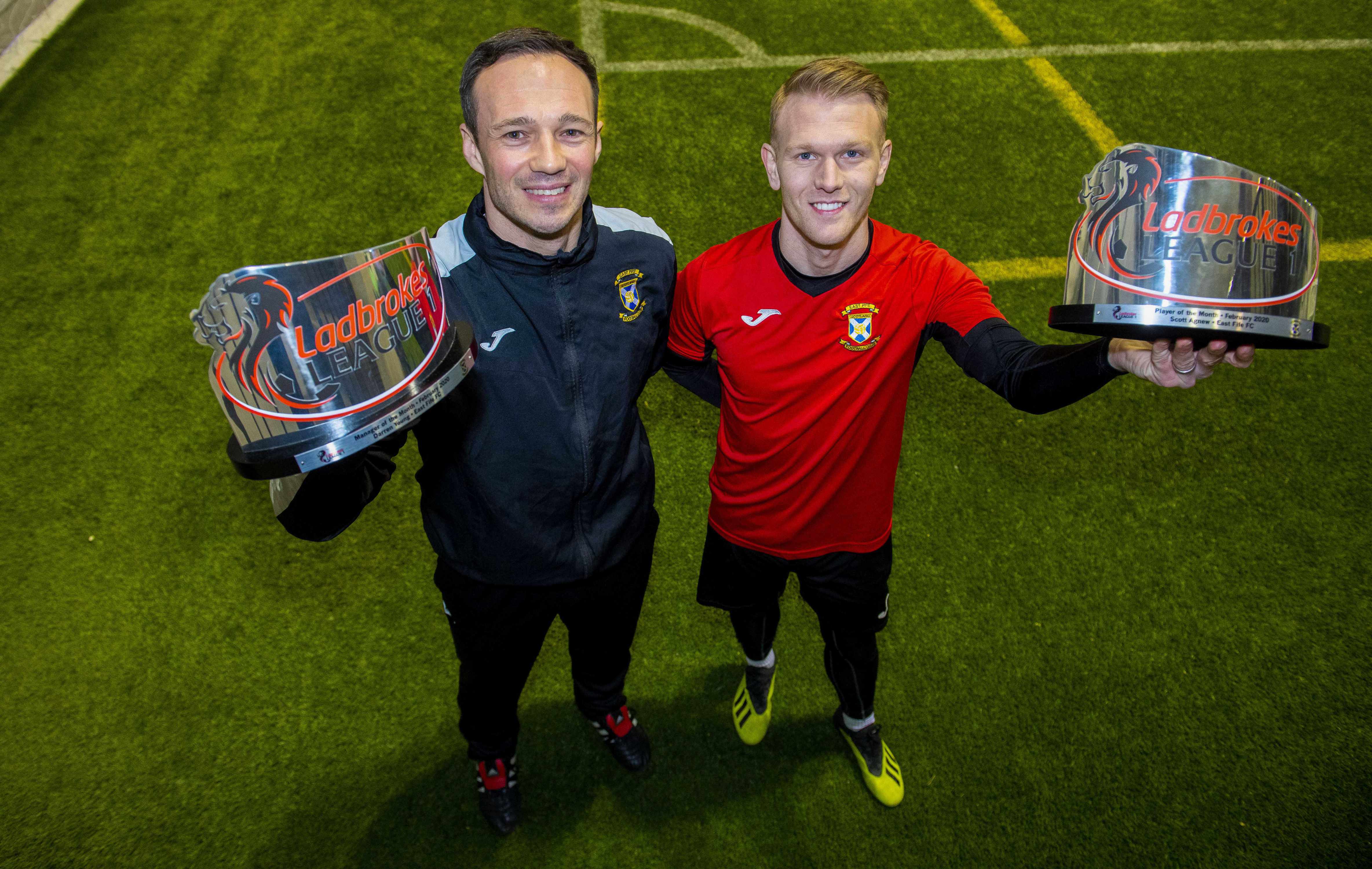