Congratulations to Chris Higgins who made his 500th senior career appearance against Forfar Athletic on Saturday (29th February). Chris stated his senior career at Clyde in 2005 where he spent 4 seasons before moving to Dunfermline Athletic for 2009/10 and 2010/11 seasons. He joined Queen of the South for the start of the 2011/12 season where he spent 6 seasons, lifting the Scottish Challenge Cup & claiming the Scottish Second Division title in 2012/13 as Club Captain. Chris then moved on to Ayr United for their 2017/18 League 1 championship winning before moving to Bayview, initially on loan in February 2019 & making the move permanently in May 2019.

A terrific achievement Higgy, here’s to many more! 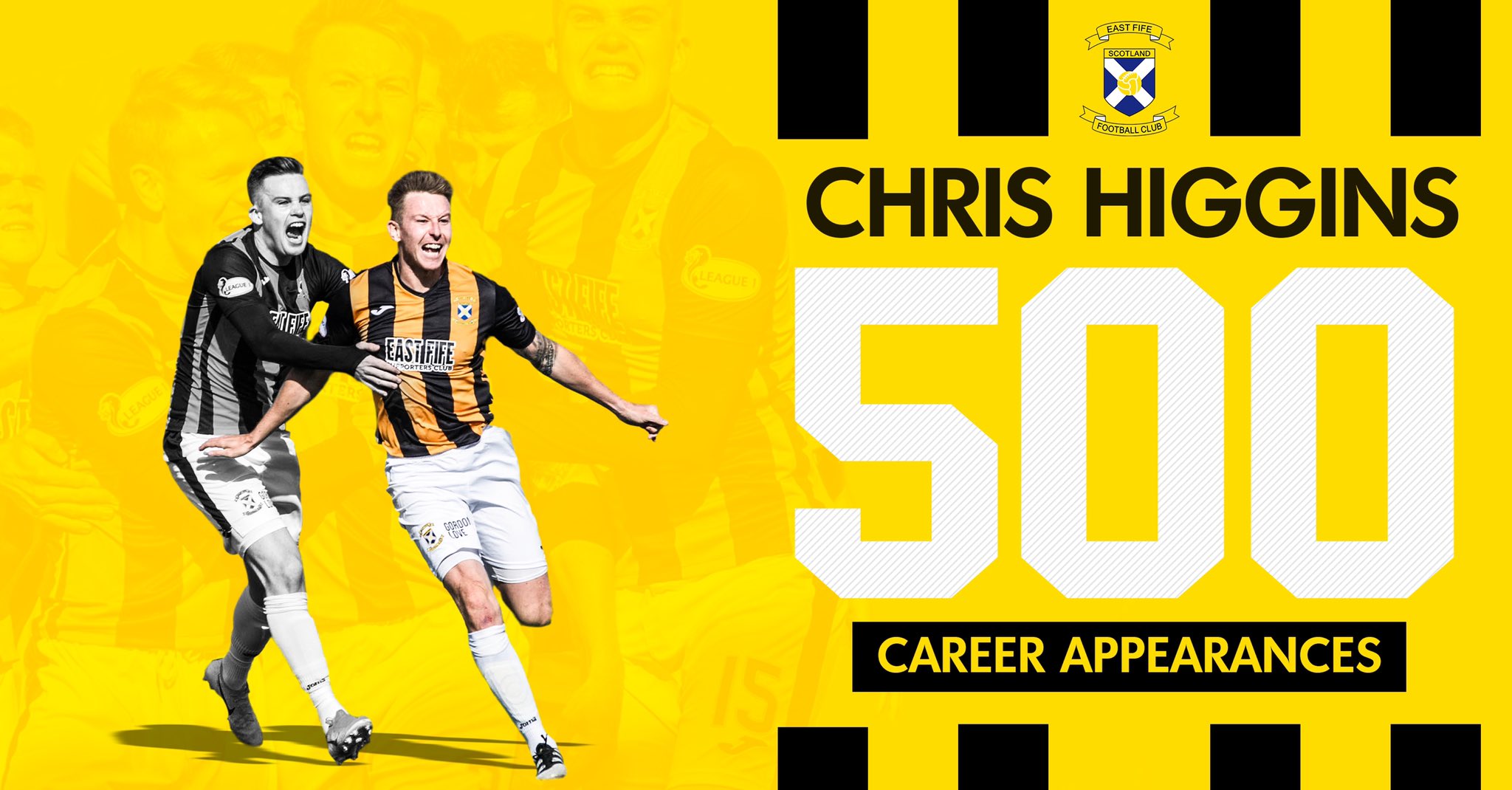