We can confirm that Jude Smith has joined Newcastle United for an undisclosed fee.

The 19-year-old goalkeeper joined the club last summer after leaving Celtic, where he came through their youth system, and made his debut for the club against Cove Rangers in August 2021. Jude made the number 1 shirt his own as the season progressed, becoming one of the youngest starting goalkeepers in Britain.

Jude racked up 28 appearances last season, keeping 4 clean sheets, and caught the eye with a number of assured performances between the sticks. He added another 2 appearances to his name at the start of this season prior to this move.

Manager Stevie Crawford: “Everyone at the club is delighted for Jude to earn a move to one of the biggest clubs in the English Premier League."

“Although we are obviously disappointed to lose him, we also recognise what a great opportunity this is for Jude.”

“It reflects well on East Fife and the type of club we are trying to be, giving young players an opportunity to develop, do well for the club and move on to full-time opportunities”.

“We wish Jude well and thank him for his service to East Fife”.

Goalkeeping Coach Lindsay Hamilton: “Moving from full-time football to part-time can be a culture shock and a big risk for some players but Jude has shown that with hard work and a good work ethic you can make the step back up, which is impressive.”

“Jude has surpassed my expectations, not only with the number of games he’s played, but the performances that have accompanied them. He was thrown into the deep end a bit with the injury to Scott Gallacher but made the transition to our number one with ease and deserves his move to Newcastle.”

“Echoing what Stevie said, we’re disappointed to be losing Jude, but it does show that we’re willing to help players improve where we can and won’t stand in their way if an opportunity like this comes along.”

“Jude has been a pleasure to work with over the last year at East Fife and I wish him all the best for the future”.

Chairman Jim Stevenson: “Everyone at East Fife would like to wish Jude all the best at Newcastle, it’s a move that’s richly deserved. He showed maturity beyond his years at times last season and I have every confidence he will be a success at Newcastle. Thank you & good luck”

Jude leaves with the thanks of everyone and the club and we wish him every success at Newcastle! 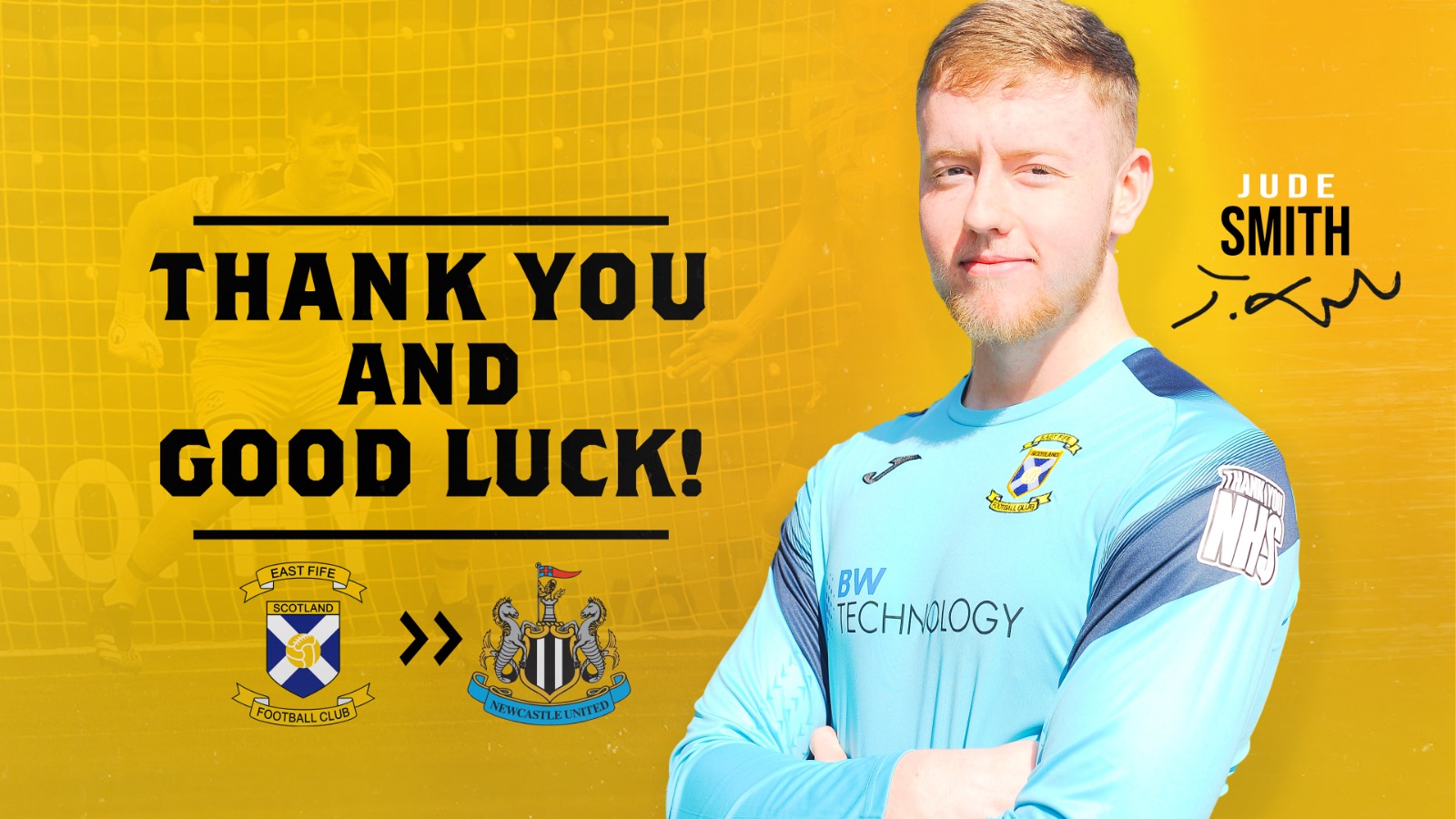