The draw for the group stages of this season’s Betfred Cup took places this afternoon and we have been drawn in Group A alongside Heart of Midlothian, Inverness Caledonian Thistle, Cowdenbeath and Raith Rovers.

The ties are scheduled to be played on 06 October, 10 October, 13 October, 10 November and 14 November with each team playing each other once.

Full fixtures, including dates & locations, will be announced in due course. 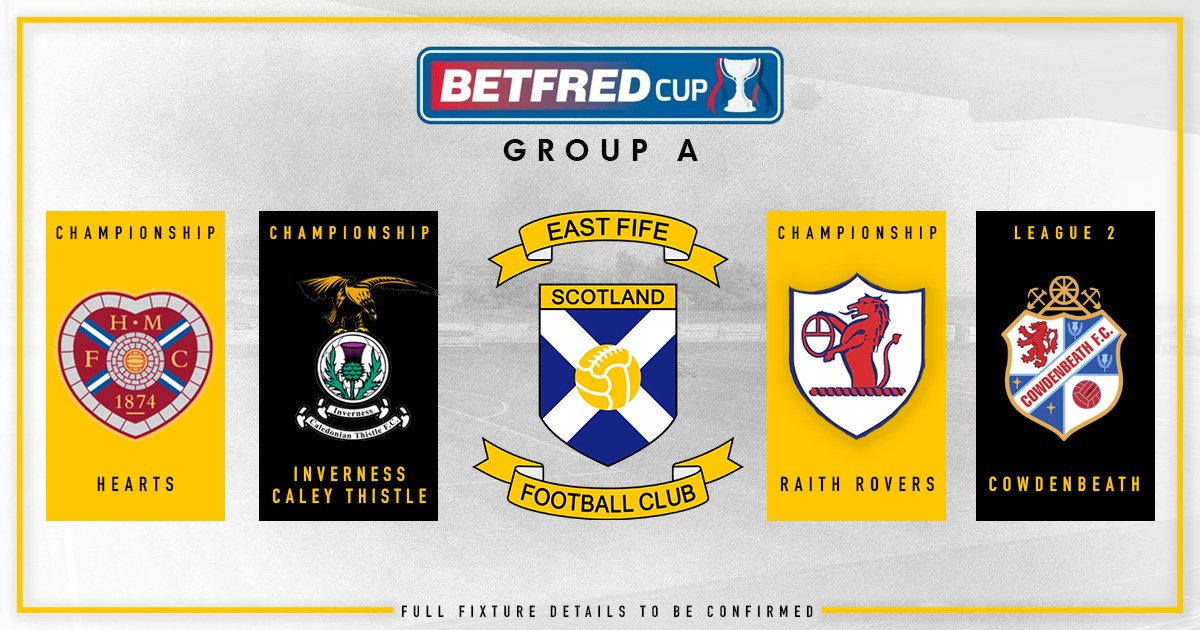