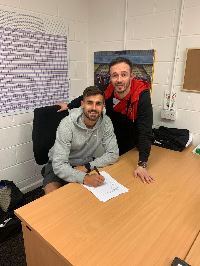 We’re delighted to announce that Craig Watson has signed on again for another season at Bayview.

Craig joined the club in the summer of 2017 after 12 seasons at Hamilton Academical and made his debut against Peterhead in July that year. Craig featured on 34 occasions last season, scoring 5 goals, taking his total East Fife tally to 63 appearances and 6 goals.