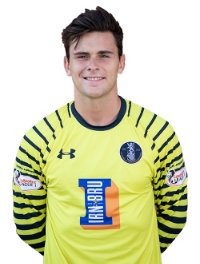 We’re delighted to announce that we’ve agreed terms with goalkeeper Jordan Hart for next season.

23-year-old Jordan cam through the youth ranks at Celtic when he played from the age of 9 to 19 when he joined Annan Athletic for the start of the 2015/16 season before two seasons at Ayr United where he was part of the League 1 Championship winning side in 2017/18.

Jordan joined Queen’s Park in July last year and had 11 shut-outs in 45 appearances for the Spiders last season.

A reminder to fans that signings can only be ratified by the SFA after the transfer window opens in June.