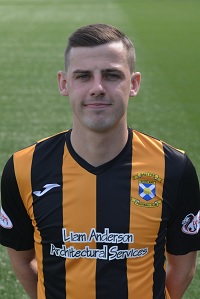 We’re delight to announce that Aaron Dunsmore has agreed a terms to remain at Bayview for another season.

Aaron has 36 East Fife appearances so far this season, finding the net on 4 occasions including a last minute winner against Raith Rovers in November.