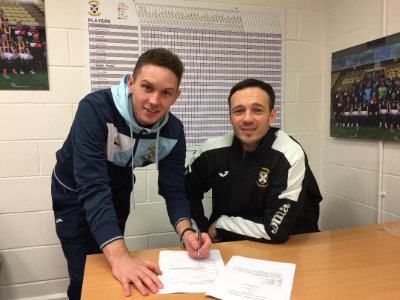 We’re delighted to announce that Pat Slattery has agreed to a 2-and-a-half-year contract extension keeping him at Bayview until the summer of 2021.

Pat joined the club in July 2015, making his debut in the League Cup against Falkirk that same month and featured on 37 occasions, in all competitions, scoring once, during our 2015/16 League Two Championship winning season.

Pat made his 100th East fife appearance against Airdrieonians in March last year & scored his second goal, the winner, in a 3-2 victory over Queen’s Park in April the same year.

To date Pat has 132 East Fife appearance to his name & is the current second-longest serving player behind Captain Kevin Smith.